A Wound in the Soul: The Master of the Key & the Oedipal Project (Prisoner of Infinity VIII) 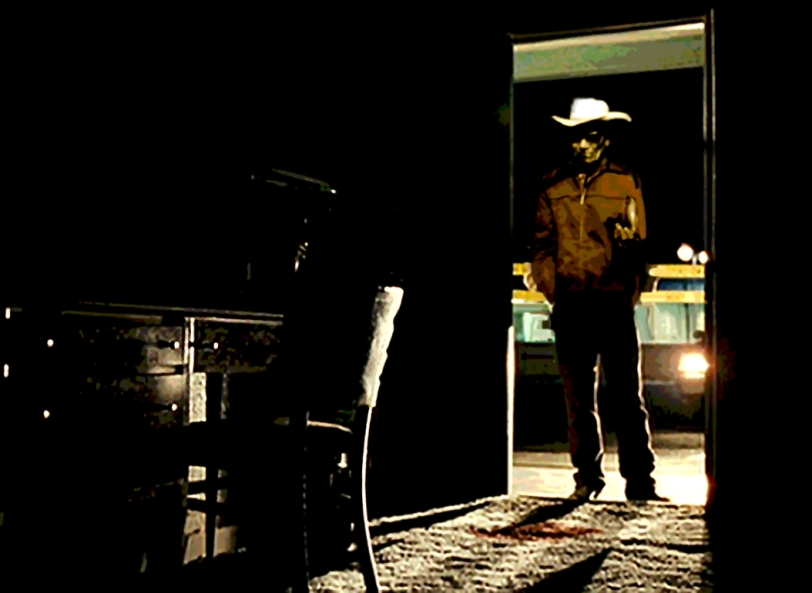 “When we can’t follow in the father’s footsteps, when a trauma has erected a ‘Do Not Enter’ sign above reality’s door, we must regress to the mother’s bed, dip our pens into the psychic gene pool of the collective unconscious, and return to the surface to write our personal mythology. As the fatality of the traumatized soul, the Oedipus complex is less a complex to be resolved than a psychology to be affirmed.”
—Greg Mogenson, A Most Accursed Religion

The darkness at the end of Whitley’s tunnel would seem to have come knocking on his hotel room door, in the wee hours of June 6th, in Toronto, Canada, while he was on a book tour for Confirmation: The Hard Evidence of Aliens Amongst Us, the fifth in his “visitor series” (not counting Majestic, a novel about the Roswell crash). As Strieber presents his 1998 meeting with the Master of the Key (“a true encounter” is the subtitle of the book), it is very much the capstone of his otherworldly, transcendental or daimonic experiences up until that point. When I first read the book, in early 2001, I was so impressed that I made photocopies of it and handed it out to people. I have read it at least a dozen times over the years and it has had a profound impact on my thinking. Initially, I took the book for what it purported to be, the faithfully transcribed words of a perfectly realized being: God in human form (the Master even speaks in the first person of/as God).

Strieber certainly appears to believe his encounter was a literal, factual event in his life, which is how he has chosen to present it to the world. He becomes defensive at the mere suggestion he made it up, and grew quite histrionic over what he perceived as “sinister” interference with the text of the book when it was re-released in 2011.[1] At the same time, his inability to be coherent about the event, and incidents surrounding it, begs the question of why an actual, flesh and blood encounter would be so shrouded in mystery, confusion, and obvious contradiction.(An obvious example: his memory of the Master of the Key’s height varies from 4 feet to 5 feet 8 inches.) Strieber is the proverbial unreliable narrator, whose constantly shifting story and voice throws the narrative into question. Whether this is deliberate or not, and whether the Master of the Key is a real being “out there,” a concatenation of Strieber’s mind, a literary device, or a strange psychoplasmic blend of all three, is something I suspect even Strieber may not know for sure.

Whatever degree of realness the Master of the Key possesses, he represents something quite specific to Strieber, namely, a wise, powerful, and benevolent father figure. The Master of the Key is precisely what every boy needs to safely emerge from the protective cocoon of the mother’s psyche and navigate the troubled waters of childhood and adolescence: a figure of supreme authority and impeccable goodness. A representative of God.

Norman O. Brown wrote, after Freud, that “Psychoanalysis must always take the position that the Child is Father to the Man.”[2] The Master of the Key is Strieber’s idealized image of himself as the father—he even speculates it may be his future self. In light of Strieber’s fragmented personality—his strange blend of guru-like wisdom and childlike histrionics—the Master of the Key, and the artifact Strieber created to represent him (The Key), might be seen as an embodiment (in book-form) of the split in Strieber’s psyche, transformed into a literary device. The Key purports to be a transcript of a real-life conversation, and maybe it is. But it reads like a dialogue between Strieber’s regressed, child self and his progressed, father self: the guardian in its benevolent and angelic form. The Master even refers to Whitley as “child.”[3]

After the encounter of June 6th, Strieber claims he woke to find his hotel room floor covered with notes. He found them illegible, but not useless. When he looked at the notes, he says, whole chunks of the conversation came into his mind as if the notes were “a mnemonic device.” He called his wife, described the encounter, and told her that a day would come when he would try and dismiss the encounter as a dream, and that she must never let him do so. She followed his instructions, and The Key is dedicated to Anne Strieber, without whose “insistence, it would have been neither written nor published.”

Strieber’s recollection of the incident, outside of the transcript itself, certainly resembles a dream. He has stated that the whole conversation took roughly half an hour, yet reading the book out loud would take at least three times that. He claims that the words of the Master communicated far more information than mere words could communicate, that each phrase was like a soft bullet that exploded in his mind and filled it with imagery and associations. When the 2011 edition came out, his attention was drawn to changes from the original 2001 text. He claimed that the first version had been interfered with without his knowledge, “censored” by “sinister hands.” And yet he had been reading from the supposedly censored edition for years, and even stated plainly that he remembered the Master using phrases in it, phrases he later claimed had been falsely added or altered by those sinister hands.

All the evidence suggests that Strieber himself is unsure what happened that night, and that the only solid evidence he has is whatever he managed to write down. In other words, and whatever real-life basis there may be to the encounter, he wrote it into being, and has since adopted that literary version as reality. This is not meant as a criticism: it’s what we all do, all of the time. As Greg Mogenson writes in A Most Accursed Religion, memory is a form of imagination:

The psychological motto “we act out what we can’t remember” becomes for us “we are determined by the literalness of events (physical, emotional, intellectual, social, etc.), which we cannot imagine.” Memory, or memoria as it was once called, is a form of imagination. What it recalls into the present is always, in part, a function of the perspective currently dominating the present. Though we tend to reify history, thinking of it as what “really happened” in the past, history is not static. Inasmuch as it touches us experientially, it must enter into the imaginative modes of recollection, thereby becoming psycho-history, a history of soul (p. 19).

Strieber admitted this in a 1988 interview when he said about the visitor experience: “Not only does it trigger memories, it also triggers the imagination and you can’t tell which is which. Which is horrible; like fortunately there are a few things that have happened that are very concrete and that’s really fortunate.”

Whatever happened that night of June 6th 1998, whatever strange child was born from Whitley’s psyche—Archangel or Legion—it may be that Strieber had to grant it concrete reality by writing The Key (and later labeling it “A True Encounter,” the final nail in the coffin of the subjective). He had to because the forces were already set in motion: at the secret school in 1954; in the catacombs of the Vatican in 1968; after he wrote Wolfen and The Hunger in 1981-3 and Hollywood turned his dark dreams to reality; as he stared at the face on Mars in 1984/5, and then gazed into the black eyes of the visitor that Christmas night in 1985—all the forces of the unconscious that carried him to the top of his profession and down into the depths of his soul demanded that God-the-father show up and make sense of it all. The child cannot face the chaos of the world and the mother’s psyche combined. Its life depends on receiving the key to unlock the mysteries, from a good father who shows the way through, into the light.

33 thoughts on “A Wound in the Soul: The Master of the Key & the Oedipal Project (Prisoner of Infinity VIII)”