“Fabianism was a principal force and inspiration behind all major school legislation of the first half of the twentieth century. And it will doubtless continue to be in the twenty-first. [T]he ‘purpose of education’ was to supply the teacher with ‘fundamentals of an everlasting faith as broad as human nature and as deep as the life of the race.’”
—John Taylor Gatto, Underground History of American Education

All of this (i.e., from the last blog post) inevitably conjures associations with the CIA’s notorious mind control program of the 1950s and beyond, MKULTRA. And as it happens, there is an overlap here also, in the form of William Sargant. Sargant was a contemporary of my grandfather and a British psychiatrist best remembered for promoting treatments such as psychosurgery, deep sleep treatment, electroconvulsive therapy and insulin shock therapy. Sargant worked in some capacity for MI5 (and possibly MI6), and corresponded with the infamous psychiatrist Ewen Cameron (who was performing MKULTRA research in Canada). While he reputedly wanted the British government to distance itself from the CIA project (he called it “blacker than black”[ref]), he remained committed to the principle of mind control, and allegedly became the link between British Intelligence and MKULTRA.

Besides his affiliations with the Tavistock Institute,[1] the first reason Sargant is relevant to my own family history is that, once again, there is a curious overlap with the world of Fabianism, leftist movements, and progressive creative circles. In 1954, a convalescing Sargant was completing his book Battle for the Mind in Majorca, and had Robert Graves on hand to help him edit it. Robert Graves is of course the famous poet, novelist and critic who is as responsible as Joseph Campbell for reintroducing ancient myths into popular culture (The White Goddess) and popularizing ancient history (I Claudius). In passing, he was teaching at Oxford during my grandfather’s tenure there, so it’s possible they met, though if so, I never heard about it.

So what’s the connection between a poet-mythologist and the world of social engineering and mind control? The answer I found was surprising because also so familiar: the world of hallucinogens. In 1952, Robert Gordon Wasson (the man who brought the magic mushroom to the west) wrote to Graves asking him about the kind of mushroom which had allegedly been responsible for Claudius’ death. Graves sent Wasson an account of ancient Mexican religious ceremonies that included the ingestion of mushrooms—mushrooms that had “eluded botanists and explorers for nearly five hundred years and, as a result, were generally considered to be mythical.” Graves claimed there was new evidence for their actual existence, but that currently the only thing known about them was that they were referred to as “the flesh of God.” It was allegedly (my source is Dominic Streathfield’s Brainwash: The Secret History of Mind Control, Macmillan, 2008) Graves’ tip that sent the Wassons down to Mexico in 1955, where they made the discovery that would help kick start the counterculture by sparking off the “psychedelic revolution.” 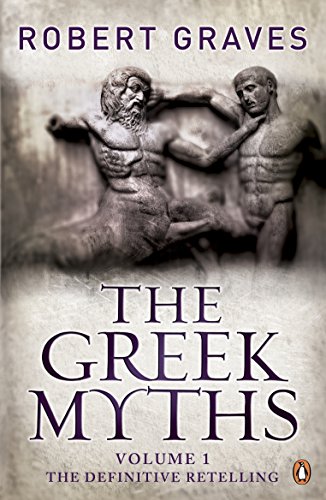 Among the first people to hear of Wasson’s discovery were Graves and his “friend,” William Sargant. “In a bizarre turn,” Streathfield writes, “the war poet and the psychiatrist had struck up a friendship and agreed to collaborate on a book about brainwashing; two years later Battle for the Mind was a bestseller and had cemented Sargant’s fame. Sargant provided the opinions, Graves the structure and layout to ‘make the saliva flow,’ as he put it.” (Streathfield, p. 79.)

A few months after Wasson’s discovery, the CIA were reporting on the work of “an amateur mycologist” and the potential to incorporate his findings into what was then Project Artichoke, soon to be MKULTRA. Small world. (Wasson’s team was then allegedly infiltrated by CIA agent James Moore, before the next trip to Mexico.) As for Wasson being “an amateur mycologist”: maybe so, but he was also vice president of J. P. Morgan at the time, one of the biggest banks in the world, so not exactly an “independent researcher.” To cement Wasson’s finding, Life magazine ran a piece in 1957 called “Seeking the Magic Mushroom.” Life magazine was published by Henry Luce, close friend of CIA-director (and MKULTRA initiator) Allen Dulles. According to Carl Bernstein, in “CIA and the Media,” Luce “readily allowed certain members of his staff to work for the Agency and agreed to provide jobs and credentials for other CIA operatives who lacked journalistic experience.”[2]

In his memoir, author Tom Robbins talks about the impact this article had in “turning on” countless young Americans—himself and Timothy Leary included—all thanks to an English war poet who became famous writing historical novels about ancient Rome![3] Was it also the CIA who coined the phrase “truth is stranger than fiction”? Following Graves own mushroom eating ceremony (with Wasson in New York in 1957, soon after the Life article came out), he decided that “the sacred mushroom should be distributed across Europe and America.” (Streathfield, p. 89) The CIA may have agreed. Four months after that, Graves took LSD and reported his experience, negatively, to his brainwashing buddy William Sargant. (Graves felt LSD was a deceptive imitation of the mushroom that led “to Coney island and not to Eden.”)

In 1961, Graves waxed paradisiacally to members of the Oxford Humanist Society about his mushroom experiences, and during that same period, the British Military took a keen interest in the substance. All of this was occurring congruent with the CIA’s use of LSD and countless other drugs in their MKULTRA program. It was like two parallel histories running side by side—one selling Eden, the other storming Hell.

[1] According to author Jim Keith (in Mass Control: Engineering Human Consciousness), Sargant also worked for the Tavistock Institute. Sargant writes about Tavistock’s methods in Battle for the Mind.

[2] http://carlbernstein.com/magazine_cia_and_media.php According to The Secret History of British Intelligence in the Americas, 1940-45, the British Security Coordination (which included Roald Dahl) played an important role in the Council for Democracy, a group established by Luce and his wife Clare Boothe Luce. This and other groups came under the control of William Donovan, the head of the OSS, before it turned into the CIA in 1947. The origins of Operation Mockingbird, a secret campaign by the CIA to influence media which was started in the 1950s by Cord Meyer and Allen Dulles, date back to the OSS and the Second World War. Luce and Time-Life was a central weapon in this cultural war, and presumably remains so to this day.

[3] Henry and Claire Booth Luce were introduced to LSD in the early 60s by Gerald Heard, who also turned on Bill Wilson (co-founder of AA) and edited a short-lived British magazine called The Realist that published authors such as H. G. Wells and the Huxley brothers. Heard also introduced Huston Smith to Huxley, who went on to introduce Huxley to Timothy Leary. Huxley and Leary immediately became “close.”