A momentary departure from the customary blog gravitas to share my slightly guilty evening R & R pleasures of the past year, TV shows I gratefully escaped into in 2017: 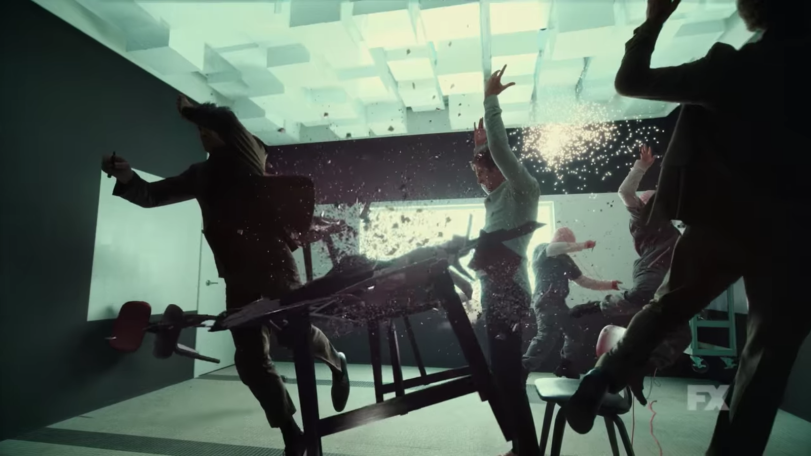 I watched five out of six of the new Black Mirror (after being almost totally unimpressed with last season). The first episode, “USS Callister,” directed by Toby Haynes, is thoroughly enjoyable, a blend of ingenious sci-fi with an almost pitch-perfect pastiche of Star Trek old-style sci-fi. The second, “Arkangel,” directed by Jodie Foster, is only mildly interesting. The third, “Crocodile,” directed by John Hillcoat, is probably the dumbest BM episode ever (which is saying quite a lot); hard to believe Charlie Broker’s reputation is what it is when he writes things like this; I guess the message of this one is that do-good liberals are potential psychopaths, but the execution is singularly unimaginative. The fourth, “Hang the DJ” is the best after episode one and works as both an emotional drama and a sci-fi head-scratcher. The sixth and last, “Black Museum,” is a sort of comic-book compendium of consciousness-transference horror stories that starts out fun (if grisly) but ends up as a black (in both senses) revenge fantasy, exposing the sickly sensibility at the core of Broker’s vision, which seems to come down to depicting the most sadistic scenarios he can imagine and then seeing if he can top himself. Overall, I’d recommend exiting the black museum after episode one.

Some recommended European shows (limited list, there are so many of these):

The Shows that Failed to Help Me Forget

These ones I gave up on, either this year or previously:

A Handmaid’s Tale
Taboo
Godless
Twin Peaks
Stranger Things
The Leftovers
Mr. Robot (watched one-and-a-half seasons)
Humans
The Path
Narcos (watched two seasons)
The Preacher
House of Cards (I think I made it through two and a half seasons)
Room 104
Dark
Tin Star

Movies, uh… I am not sure if a single movie I saw this year, if it had been a TV show, would have made it onto the above list. There are a few later releases (Blade Runner 2049, The Square, The Shape of Water, Killing of a Sacred Deer) that I haven’t yet seen but have hopes for. I did enjoy The Meyerowitz Stories, A Ghost Story (sort of), Good Time, Three Billboards, and Brawl in Cell Block 99. There are probably a couple more I forgot about. Was 2017 the worst year in movies ever?

Most all-out batshit-stupid, high-expectation movie I made it all the way through would have to be mother! which no mother but only sophomoronic movie critics or pot-smoking adolescents could ever love. 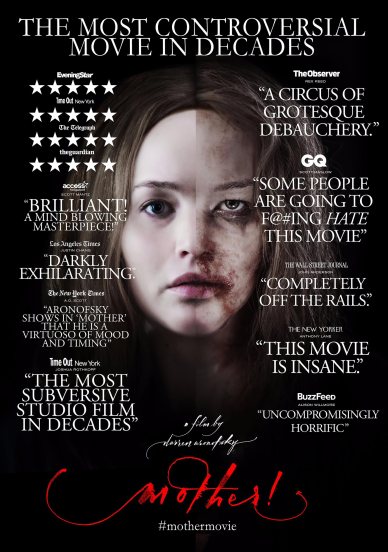