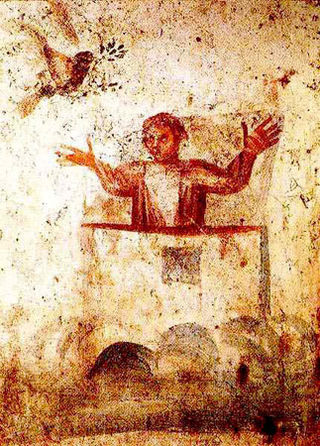 On May 7 of this year, I sent an email to 73 of John’s followers who subscribe to the Birds of Being Google Group, inviting them to share their experiences with John for my book. On May 8, you posted at BoB, warning people not to engage with me and telling them: “The level of this writer’s reliability is low.”

As you know, we shared a brief email correspondence in April, during which you expressed warmth and a willingness to meet up in Edmonton if I ever visited. My last email to you addressed some of your concerns about the book, in as direct and as honest a way as I was able. I invited you to tell me more about how I might be “projecting” my issues onto John, as you believe I am. You didn’t reply, and so our brief correspondence ended. When I read your words about me at BoB, I was both surprised and hurt. Was this really what you believed, or was it only what you wanted others to believe about me? Of course I was aware that the gulf between our perspectives was potentially unbridgeable–how could I not be? Yet while it lasted, I felt there was at least some mutual respect between us, and a shared interest in having an honest dialogue. Maybe I was mistaken.

FYI, the email I sent John’s followers wasn’t seeking information about John (as the recent College newsletter implied). I know his dedicated followers would never say anything negative about him, and you know it too. I was inviting those people to testify, to share their experiences with John, and if possible to help clarify what, in their view, he is doing and why there is such a sharp contrast between his teaching and his private behaviors. You presented me as misguided and ill-motivated for wanting to shed light on John’s shadow side. . But is this really so terribly wrong?

John represents to me not just a puzzle but the greatest challenge I have ever faced as a writer–that any writer has ever faced–the challenge to reconcile the tension between “good” and “evil,” relying only on the evidence of the senses, inner and outer. I think John presents this challenge–knowingly or not–to all of his followers, and to all those who care about him. I also think that very few of them are bold enough to meet this challenge and to take the proverbial Minotaur by the horns. Does anyone know how consciously John is embodying this archetypal conflict of light and dark? I doubt if anyone but John can ever know for sure, but then, I don’t need to know to meet the challenge.

John offers his followers an image of goodness, purity, power, and perfection, and he offers words to match that image. He provides an incredible, blissful “high” through proximity to his presence–by literally being where he is at–and it’s a high that (I can testify) is addictive. There’s a conundrum in this, as there is with every spiritual teacher. A spiritual teacher cannot teach self-reliance. He or she cannot lead a student to autonomy. Have you ever wondered why there are no graduates in the College of Integrated Philosophy? (You are a smart guy, I am sure you have.) The reason in my view is that no one can embody or integrate the love of what one knows by going to a college. The title of COIP is a joke, intended or not. (Who knows? I know John loved to pull pranks as a kid and a teenager, and I sometimes wonder if his entire Ministry is a prank.)

You may ask, what’s a spiritual teacher to do, when the one thing worth learning can’t be taught, when we can only rely on ourselves to determine the difference between good and evil, truth and falsehood? Worse still, when the creation of an externalized image of goodness, to worship or even to emulate, is the source of the greatest confusion and error that exists in this world?

There is an answer to this question, and I believe I have found it via my experience of John, and that the answer is the skeleton key that unlocks the shadowy labyrinth in which the Minotaur dwells. It is to present a contradictory image, one possessed of the very opposite qualities, a shadow image, and then to conceal it in plain sight, like a purloined letter. By superimposing the negative image on top of the image of goodness, it becomes invisible. Over time, that shadow image–the exact inverse of the image of the perfected spiritual Master–slowly becomes visible to the followers, bringing about a steady erosion of belief in the positive image, and the corresponding disillusionment. This invites the follower-student to reject the father-teacher image they have created–out of their own wants and needs–and to “slay the Buddha.” Only when we see the shadow clearly do we realize we are facing in the wrong direction–looking outward and not inward–and change our orientation, away from other, back to self.

You are John’s oldest son. No one can know better than you do how there is always an element of rebellion and defiance in such a shift, away from transference and dependency and towards integration, autonomy, and wholeness. There is always some experience of betrayal. What has betrayed us is not the father or the teacher–who was always only human–but our own projected image of them. It betrayed us because an image cannot ever give us what we need–as children or as spiritual followers–a living, loving, tactile, full-body connection to the other. John is not there for any of his followers, and I suspect he was not there for his children or his wives either. But then, no one is there for him, either. Communication is only possible between equals, and John’s whole way of being precludes the possibility of equality.

John’s shadow side is real. As you of all people must know, it is exactly as deep and wide as his light side, and correspondingly dark. The brighter the light, the darker the shadow cast by the object, and the object here is John’s “person,” his human side. The more luminous he has to be for his followers, the shadier he has become behind the scenes. Everything strives towards wholeness and balance, and so slowly, inexorably, the dark, hidden aspect of both the man and the teachings is being disclosed. Who among John’s followers is ready for “full disclosure”? This is what we are getting to see now. Can you really blame me for wanting to help draw back the curtain?

Is all this “lovely and good”? That depends on your perspective. As long as we are perceiving dualistically, nothing we perceive is ever only lovely and good. Of course this applies to John too, and only a fool could ever think otherwise. But John has built an empire on the backs of fools; you know it, he knows it, and I know it. However painful admitting that might be to those of us whose backs have been co-opted for John’s ascension, it can be lovely and good to let ourselves see this, to see all that is unlovely and bad–craven, corrupt, mean and manipulative–not only in John but in ourselves. Seeing changes everything, and the alternative is denial and self-rejection, a condition that prevents wholeness from happening. Like everything that lives and is fragmented, John wants to become whole. Who knows, maybe he even wants us to become whole too? Or maybe he wants to prevent that from happening with all his being? And maybe his very determination to prevent us from becoming whole is what provides us with the most golden opportunity?

My question to you is this: are you and John’s followers willing to know the whole truth about John the man, regardless of your investment in the image of goodness which you have created? Can your idea of him, your belief, and your “knowing,” withstand every last revealed truth about his worldly (and otherworldly) behaviors? If not, then what? Which is more precious to you: to know the truth, whatever the cost in belief; or to hold onto an idealized image, regardless of how unreal?

As his oldest son and heir, I have no doubt at all that you carry John’s secrets–his shadow–in a way no one else alive does–not even John. I came from a family of dark secrets; some of them may be almost too dark to imagine. I can easily imagine how heavy this burden must weigh on you–the knowledge that so few of John’s followers could ever bear even a portion of those secrets the way you have had to. I also know–or imagine I know–that you feel it’s your duty to carry and keep those secrets, that it is essential to serving John and supporting him in his work. No doubt that’s true, but I wonder if you are aware just how heavy the cost is–not only for you but for those you love, and who love you?

John wants people to believe that transparency is a flawed concept because truth is relative, that it is only as appropriate as the circumstances merit, that letting it all hang out is fine at a nudist beach but not-OK at an Oasis board meeting. Unfortunately, this has become a justification, not merely for discretion but for opacity, obfuscation, and lies–and for the sorts of interactions that I suspect most of John’s followers, however loyal, would see as sexually inappropriate, if not shocking, and shady backroom (or basement) deals.

This creates a problem. When concealment is seen to be serving self-interest, then all the lofty spiritual explanations become not a way out of that trap, but a still deeper layer of the labyrinth. If John is using truth as a means to conceal, goodness as a cloak for evil, then not just you but any of us who have ever supported John in what he does become complicit in that deception. We who have had our trust abused become abusers of trust.

The book I am writing is my way of owning up to this, of absolving myself of past sins, for supporting John and offering his mixed bag of good and evil, truth and lies, to the world. It is not a question of pointing an accusatory finger at John but of recognizing my affinity with the same power abuses and betrayals which John appears to be guilty of, and of owning and integrating my own shadow side. This is very far from a painless process. I don’t volunteer for it lightly.

I can only imagine how much more painful and challenging–but also vital and potentially liberating–the process must be for you, as his son. It would be patronizing of me to think I could help with that process, especially since you obviously don’t want my help. And yet, it would be remiss if I didn’t admit that this is my deepest, truest reason for writing to you. Because what else has value in this world if not two souls connecting across an abyss, at a level of deepest vulnerability, and having the courage to share the things they are most afraid to own up to? What else is even real, if not this uncertainty and unsafeness of ever meeting, and the willingness to try?

P.S. Since the scope of this letter extends beyond the two of us, I have made it an open letter, to be posted at various places on the Net. You can respond in whichever way feels most comfortable to you.