Shadow of the Groundhog # 7: King of Kings 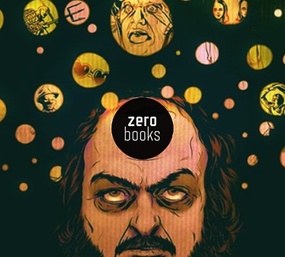 Thanks to Abe for all his info-filled comments keeping up the blog while I stew in my own self-generated juices.

Tonight the conversation I had with Douglas Lain goes live over at podomatic.

Meanwhile the notes I jotted down for the conversation has mushroomed into a 4000 word liminalist object which may or may not contain the final, ultimate secret about Grand Master Stanley. To the extent that I am wondering about releasing it at all.

Remember how the character at the end of Watchmen realized that all they had done was fail to stop one of their own team from saving the world?

and just to prove that nothing is constant in a moving Universe, tonight I re-watched The Shining for the first time in ten years, and had a totally different experience!