Kephas & the Pit: As Within, So Without 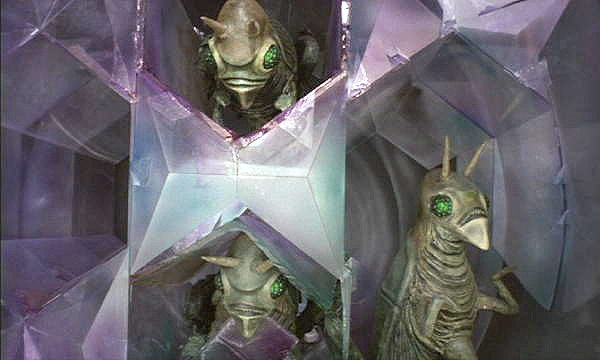 As explorers of the mysteries, it’s essential we keep our instruments in order. Our instruments are our perceptual and cognitive faculties. The more aware we are of the shape they’re in, the less likely we are to misinterpret the data we’re uncovering (read the ground wrong). Bluntly put: recognizing our own deficiencies and psychological blind spots is the best way to make sure they don’t trip us up in “the field.”

My 2012 piece on Strieber attempted to redress this problem by incorporating parts of my personal history into the analysis. I knew I risked confusing or alienating readers (witness James Moseley’s comment, “You have to be crazy to understand it”). I also knew I opened myself up to charges of narcissism or self-absorption.

As it happens, self-absorption is (roughly) the original definition of autism. Another proposed feature of autism is a lack of “theory of mind,” that is, autistics (like small children) are said to have difficulty imagining other people existing independently of their own consciousness. To some extent, this is true of everyone: when we imagine other people’s inner worlds, how do we know the picture we get isn’t made up of projections from our own psyches? The honest answer has to be, “Uhhh. . .?”

There’s an element of apology in the sort of personal disclosure that characterizes much of my writing (at least the phase of it which culminated with the Strieber piece). In the case of Strieber, you could say I was acting out the kind of self-exposure (transparency) I was hoping to see from Strieber, as if by being a certain way, I could inspire it in “the other.”

The opportunity, above and beyond self-healing or healing of the other, is to explore the fractal nature of reality—to put our hands all the way into the dirt to drag out the black sand that may or may not contain gold. If we break off a piece of one person’s story, will we see the whole of our own, and vice versa? Does it only depend on which way we hold it up to the light?

None of us are discreet entities, so why make inauthentic, socially mandated pretenses of discretion?

This latest revisit to the Strieber excavation site began for personal reasons. Those reasons pertained to a seemingly unprovoked attack at a strange website which is mainly devoted to analyses of Strieber and The Key. I was unsettled by those attacks, and I wanted to find out what was behind them.

Now, as a result of personal curiosity, I am looking at the Strieber “dig” with new eyes. Maybe there’s still something there that needs to be dug out? Maybe, to make a metaphor out of a classic sci-fi tale (Quatermass and the Pit), what I took for a dud World War Two bomb is really an alien spacecraft?

Yes, I’m a sucker for alien stuff, and maybe I’m still slightly hung up on Strieber. But it also feels like something I started needs to be finished, and that the opportunity to do so is now presenting itself. There’s an inner process that’s incomplete, and there’s an outer exploration that’s unfinished, and they’re no more separate than my internal organs are separate from my skin, or than I am separate from the world “at large.”

I’m aware that I’ve temporarily abandoned the ostensible focus of this blog. Yet, as anyone else who’s been reading my posts knows by now, I don’t see aliens and autism as being worlds apart, or even frequenting different neighborhoods, and I’m pretty sure the Strieber excavation is going to cross over into the autism exploration, just as soon as enough dirt has been shifted.

If any of my readers strongly prefer I get back to the main focus (autism and culture), and keep all this inner scrutiny and outer high strangeness to myself (for now at least), speak up. If not, my idea is to finish off this last series of posts with a brief, point by point description of the synchronicities and connecting tissue that link the outer narrative with the inner one, that of my personal life journey, to help me (and those others involved) to get a lay of the land on which I hope to be building the next edifice of meaningful auticultural alienomatic connections.

And yes, I just mixed up my metaphors horribly.

8 thoughts on “Kephas & the Pit: As Within, So Without”